In 2010 South Africa joined the association of emerging national economies, BRIC, to form BRICS, which includes Brazil, Russia, India and China. The 2013 BRICS summit will be hosted for the first time at a South African venue. In 2009 the inaugural BRIC summit was held in Russia with a strong focus on how the participating countries and other developing nations can contribute more significantly to global affairs.

Shape Up and Ship Out

After all four of the original BRIC countries have hosted the annual summit, South Africa now welcomes BRICS ambassadors to its shores as the meeting takes place in Durban from Tuesday 26th to Wednesday 27th March. A major focal point of this year’s summit will no doubt be on increased investment in locally owned commercial shipping fleet in South Africa and its importance for effecting development in trade and collective co-operation.

South Africa has a great geographical advantage in terms of its trade routes and this creates major opportunities to expand in this area. Presently the absence of locally registered South African merchant ships is a significant inhibiting factor and results in the relinquishment of over 260-million tons of cargo to internationally owned vessels each year.

It is the addressing of these types of challenges that forms part of the make up of the BRICS summit and the tackling of this trade challenge that is especially important when one considers the discrepancy between the newest member of BRICS and the rest of the group. This is highlighted by the other members’ numbers in the merchant vessels department; 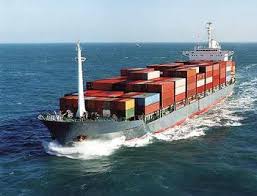 The heads of state/government of the member nations who will be attending the 2013 BRICS summit at the Durban Inkosi Albert Luthuli International Convention Centre (ICC) include:

As trying economic times tighten the strangle hold on many economies around the world, an opportunity presents itself for developing nations to gain leverage within various sectors. The BRICS summit comes at the perfect time to explore these possibilities and work towards making a significantly positive dent in global affairs.

The recently-launched Port Elizabeth branch is a joint-venture office with Pentagon Freight Services (PFS). PFS are significant global players involved in specialised logistics and forwarding, primarily in the oil and gas, mining and renewable energy sectors.

The PE office will benefit from the Shell discovery of gas in Mossel Bay, as support vessels are expected to call in at this port for supplies and logistical support.

Heading up the new branch is Rene Walland. We welcome her team to Trade Ocean.

Find out more or adjust your settings.

This website uses cookies so that we can provide you with the best user experience possible. Cookie information is stored in your browser and performs functions such as recognising you when you return to our website and helping our team to understand which sections of the website you find most interesting and useful.

Strictly Necessary Cookie should be enabled at all times so that we can save your preferences for cookie settings.

If you disable this cookie, we will not be able to save your preferences. This means that every time you visit this website you will need to enable or disable cookies again.